Home » Blog » Is Your Bathroom the Key to Saving Money?

Is Your Bathroom the Key to Saving Money?

Chances are, you don’t think of your bathroom as a money-saving room. Maybe the thought goes towards the kitchen where you maybe can cook at home instead of eating out to save money. Or maybe you think of the living room and spending less on television providers like cable or satellite.

However, the bathroom can be essential to cutting back on your water usage and thus, saving money on water. After all, bathrooms are home to the devices that, on average, use the most water in any household and always feature a ton of plumbing. Paying attention to your bathroom plumbing can pay dividends pretty quickly.

Toilets: Your House’s #1 User of Water 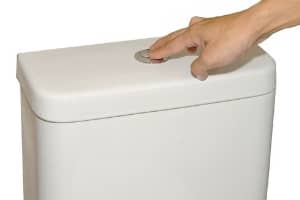 While we all think of number one meaning something pretty specific when it comes to toilets, you should know that the average household’s top water user is the toilet. After all, the average person flushes the toilet five times per day and the toilet can use gallons of water with every flush.

In fact, toilets can use as many as 8 gallons per flush and even up until commodes made in 1992 were using 3.5 gallons. Using that much water is nearly literally flushing money down every bathroom visit.

Thankfully, there are plenty of low flow options, although they can be confusing. We’ll break down the acronyms so you know what to look for.

Adding or installing any of these toilet models can help you save money on your monthly water bill. 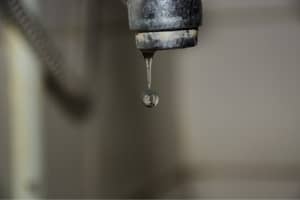 Another potential place of money savings is in the shower. While being cognizant of how long your showers are can help save water, another and potentially larger source of savings comes from your shower faucet.

Shower faucets are particularly prone to drips. These drips also can go unnoticed because they aren’t easy to hear. However, even a moderate drip can add up quickly.

A faucet that is dripping just 10 times per minute (once every six seconds) can lose almost 347 gallons of water per year, causing you to lose money. Check on each of your shower faucets.

Study Your Bill To Catch The Unseen Problem 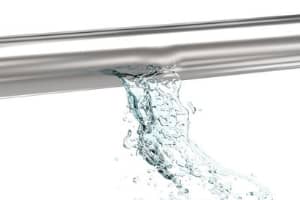 The biggest single cause of wasted water and money can be a pipe leak caused by a ruptured pipe. However, these are often impossible to notice right away. After all, they normally occur somewhere you can’t see, like underground.

However, you can still catch them relatively early by checking your bill and carefully watching your water usage. Even a small leak can make your bill skyrocket if it goes unchecked. Pipe leaks have been shown to add between $100-$600 in costs in just one month if they’re allowed to get worse.

If you are concerned about a pipe leak, one of our experts at C&D Plumbing Inc. would be happy to help. Water conservation is actually a win-win. By using less water, we are all obviously helping out planet Earth and conserving our precious resources. In addition, you can save money, which is always a plus. If you want to install some water saving devices or have concerns about your water usage, contact us at C&D Plumbing Inc. at (954) 256-9048.

Amid global concern about COVID-19, we will continue to be here for our customers.

As people and companies all across the country take additional preparations to protect against the Coronavirus (COVID-19), we acknowledge that your Plumbing, problems will likely not be taking a break. At this time, we will remain open full-time and will continue to service our customers with the same fast response times you’ve come to expect from us.

Due to the increasing number of reported cases in the U.S., we are continuously monitoring the situation. We will also continue to actively assess the necessary actions we need to take in order to ensure the health and safety of our customers, employees, and their families. We hope that you will join us in taking some basic but important measures, such as frequent hand washing, to keep communal risk low.